Geogrid is a polymeric material made up of many polymers like polyethylene, polyvinyl alcohol polypropylene etc. It is one of the most important inventions in geo synthetics which is used as a reinforcing material. They formed by joining intersecting ribs. They have large open spaces in between the ribs known as “apertures”.

2. Biaxial Geogrid – It is stretched along two directions (longitudinal and transverse), thus the stress is equally distributed along both directions. 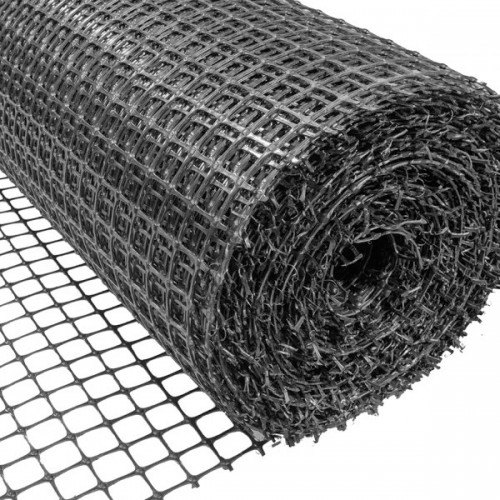 Geogrids work by interlocking with the granular or soil material placed over them. The apertures allow for strike-through of the cover soil material which then interlock with the ribs (flat straps/bars) Providing confinement of the overlaying granular/soil material due to the stiffness and strength of ribs.

When should you use geogrid ?

geogrid use for walls taller than three to four feet. If there are steep slopes near the wall, loading above the wall, tiered walls or poor soils, then even shorter walls may need geogrid.

What is the difference between geogrid and geotextile ?

Geogrids are manufactured specifically as a reinforcement material, whereas geotextiles have other functions, such as separation, drainage, and filtration.

What is biaxial geogrid ?

Biaxial Geogrid with Excellent Reinforced Performance. Biaxial geogrid is a type of geogrids. It is made from high polymer. Biaxial geogrid has high strength in both longitudinal and transverse direction. It is made through the process of extruding, sheet forming, punching and stretching.